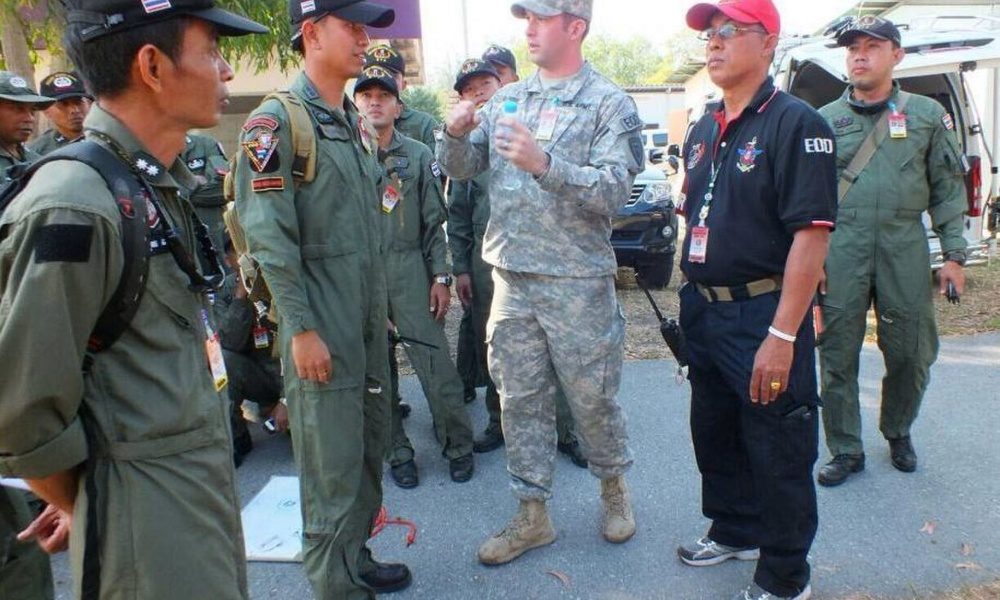 During the “Welcome to Thailand” training lanes, Soldiers from the 53rd EOD Company responded to a variety of scenarios based on lessons learned by Thai EOD technicians in heavily mined jungles.