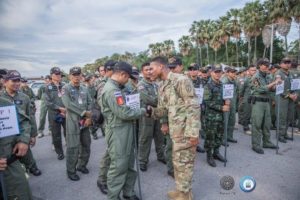 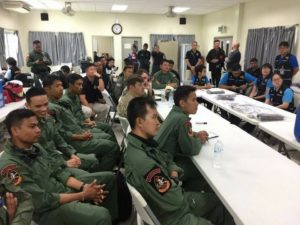 Enable multinational Military, Police, Academia and National Response Agencies an opportunity for discussions and training of capability gap improvements to reduce the threat from improvised explosive devices and other acts of terrorism and high threat criminality

Ravens Challenge was created from a requirement to provide realistic and critical training to National First Responders and Security Professionals when dealing with the modern terrorist weapon of choice – the Improvised Explosive Device (IED). Initially, under the RISC Management company, numerous training programs developed through Ravens Challenge to expand the event to one of the largest for focused training opportunities in the wider EOD+ operating space 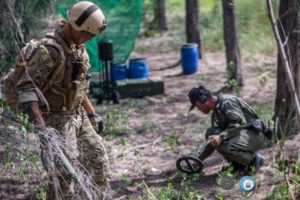 Roy served 24 years in the US military, including 12 years in Army EOD with taskings to Homeland Security’s Office for Bombing Prevention, Office of Infrastructure Protection, and the State Department Regional Security Office in Baghdad, Iraq. He also served as a Marine Corps communication supervisor in Force Recon. Roy began his involvement in Thailand in 2010 via the State Partnership Program. He has been an Observer/Controller for RC in both Thailand and the US, an EOD/International Mine Action Standards instructor and mentor in Vietnam, and COO of a security company in Cambodia.

We are pleased to announce that Sargis Sangari, CEO of the Near East Center for Strategic Engagement and founder of the United Assyrian Appeal, has been appointed as the RGI Director of US Government Relations. Sargis is a 20+ year veteran of the United States Army Infantry and Special Operational Forces, with multiple combat deployments to Iraq, a diplomatic assignment in Kuwait, and several other deployments to the Middle East, Europe, Asia, and Central America. He has assisted with RC events since 2017, and in this new role, will lead on interaction with US Government diplomatic and commercial missions within North America.