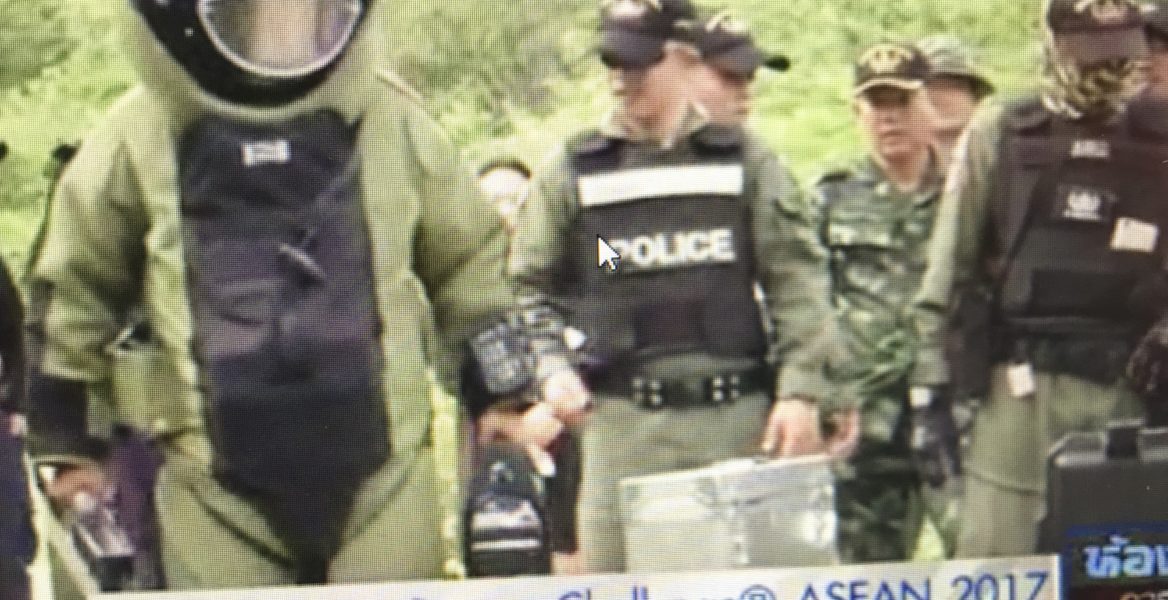 Channel 7 News: “EOD Officers (Explosive Ordnance Disposal) from Police, Special Operations and Police Use a gun to destroy the bomb, to seek the machine accurately. After using the luggage x-ray machine. This is a new technology. X-ray sure. Suspicious objects found What kind of explosion? And how devastating

This is one of the “Fourth Anniversary Asia Challenge 2017 Training”, an integrated military-to-private merger exercise that invites EOD officers from all walks of life. Come to practice to enhance your skills. And learn modern technology that was developed to reduce losses. From unrest By bombing

Head of Unit They accept the same voice. Integrated Integrated Training Not only will you learn new technologies. Imported from abroad I also exchange work skills. In a variety of situations That happened in one year.

I agree. The heart of the solution in situations where explosives are involved. Will only skills alone is not enough. There must be a modern tool to help with the decision.

Just like the co-trainer from the United States. Which admits that Even Thai officials are highly skilled in the response. But these skills will reduce the loss even more. If used in conjunction with modern technology has been developed.

This is another proactive action in dealing with unrest. The target is the people.”